“You are blown away, if you will, by the tradition. You realize you’re looking into thousands of years of incredible history... In a short amount of time, you’re getting swept into millennia of information. So I love it! There was a lot to touch the heart. I think a lot of it is the grace and there’s a tremendous graciousness that is going on throughout the whole thing. Everyone exudes grace and nobility and the things that our world needs more of, frankly. We live in a world that doesn’t show that too much, so you come here and you have a breath of fresh air. You’re reminded of the potential of when human beings do good things... You know what’s amazing, what I found very interesting about the music, there were actually moments in the music that reminded me of some of the American Western music that I grew up with listening to. So I was struck by the connection between the Asian music, the Chinese music, and some of the Western music we’ve written in the United States. The similarities were kind of striking to me. I especially loved the use of the Chinese instruments that were also used with the oboe and the clarinet. So the blend of East and West is magical.” 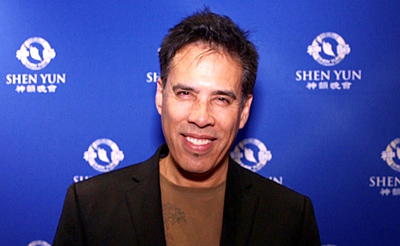