“Shen Yun’s program has in-depth content that is socially significant as well. It conveys traditional Chinese culture, virtues, and literature, so it resonates with the audience… Being a musician, I really admire what Shen Yun is doing with it music. From the conductor to the players, all of them are top-notch musicians… Music is beyond borders. Shen Yun’s music is a blend of traditional Chinese music and Western music, and it has profound and interesting significance. Music itself conveys the aesthetics of sound. Shen Yun touches the human soul through the aesthetics of sound… The artistic director must have devoted himself tremendously to the performance… Shen Yun’s performance is perfect from the very beginning to the end. It proves out the old saying that one minute onstage takes 10 years of practice.” 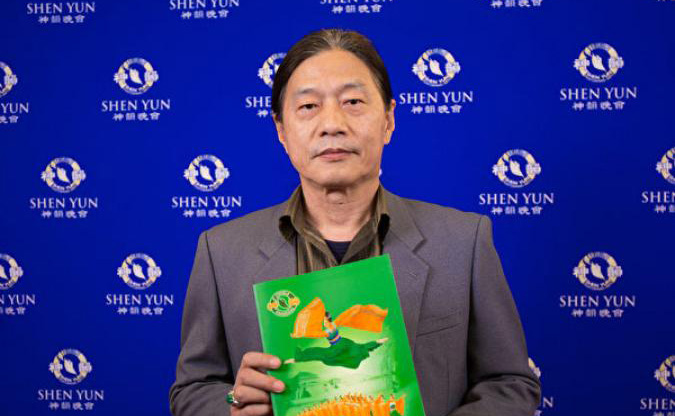