“It’s wonderful. This is the first time that I have seen a show where the dances were so moving. Not only that, this is the first time I have seen a show that tells stories through dance. For example, the scene where compassion was presented so eloquently was amazing... This show should be seen by our young people. It would teach them respect of others. This is what Shen Yun teaches all of its audiences.” 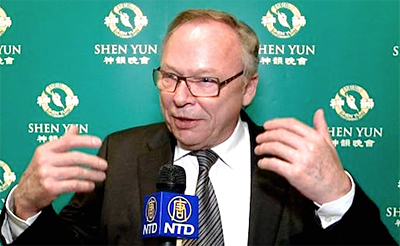