“At its core, Shen Yun productions are always inspired by China’s 5,000 year civilization, with values of compassion, loyalty, kindness and bravery as the constant focus… One's expectations are blown out of the water…

The Shen Yun dancers seem to defy gravity, with leaps, turns, flips, spins as well as aerial and tumbling techniques so breathtaking that, one can’t help but think that there are wires hidden in the folds of their clothing, which help them achieve such incredible feats. Alas, the artists are simply extremely agile and trained in the classical Chinese dance style… enabling the artists to perform seemingly magical steps.

The philharmonic orchestra accompanying the performers… creates very unusual, but at the same time beautiful melodies which are tailor-made for the Shen Yun production.

Between dance sequences operatic singers performed songs which invoked spiritual themes, easily understood by non-Mandarin speakers thanks to subtitles above them. A solo performance featuring the two string traditional Chinese instrument, the erhu, was surprisingly intricate, producing sounds which were quite elaborate and lovely to listen to.

The Shen Yun dancers don elaborate and vibrant costumes which add to the sheer beauty of the whole production... One prop which stood out, because it dominated the performance was that of a simple handkerchief. During the Handkerchief Blossoms, dancers spun pink square handkerchiefs, symbols of plum blossoms and the coming arrival of spring, in a very lively manner. It was an amazing sight. The bright pink cloths took on a shape which was anything but a handkerchief. At times they looked like frisbees, or cheerleader pompoms, and even butterflies.

This year's Shen Yun production at Melbourne’s Arts Centre was magical, mesmerizing and an enlightening experience. The troupe managed to convey tales of Chinese history and a message of peace in such an elegant manner, that I left the venue feeling as though I had just experienced a cultural lesson as well as spiritual enlightenment. I eagerly await next year’s Shen Yun production.” 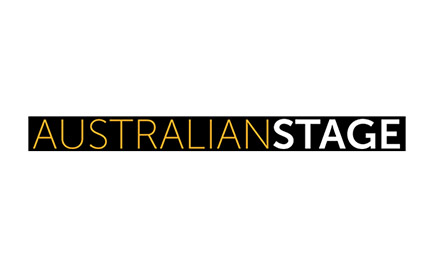