Back Reviews > Canadian Legislator: ‘You just feel a sense of peace, a sense of the superior’

Shen Yun Reviews: Canadian Legislator: ‘You just feel a sense of peace, a sense of the superior’ 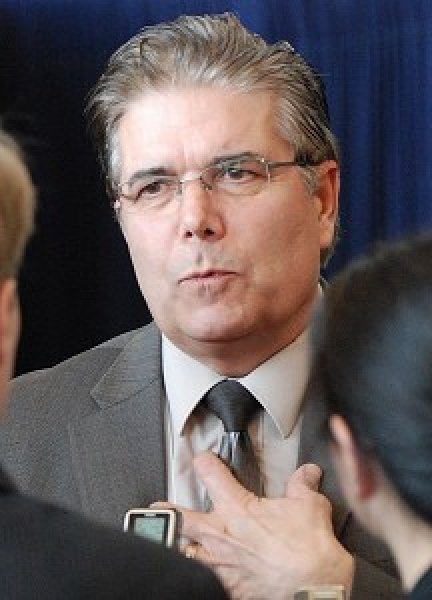 “You just feel a sense of peace, a sense of the superior, like our very being is so much more. And it is such a peace within that you can feel it just from the choreography, the movements, the costumes.”

Acknowledged as one of “Saskatchewan’s Men of Influence” by the Saskatchewan Business Magazine, Mr. Michelson has worked in a variety of management and consulting positions throughout his career including two years with the Saskatchewan Newspaper Group, where he worked until his election to the Legislature in November 2007.

Provincially, he has been involved with the Saskatchewan Chamber of Commerce for the past 13 years, serving as provincial president in 2004-05.

“This is the first time I’ve seen such a show,” said Mr. Michelson. “But when you watch it, even from the very opening when they’re in a cloud so to speak, it makes you so aware of all that is there, and it covers such a wide spectrum.”

He went on to say that the performance has “so much beauty, with the nature, the fans, the backdrops and everything, especially the costumes. It all flows so well together. And then you got this music that is combined with it and it is all authentic.”

In the performing arts in ancient China, artists emphasized their own state of tranquility—something the Shen Yun performers also portray. Mr. Michelson observed this.

“It’s that personal power from within, and the peace, that you can feel. I mean, when you bring that in with the power from the heavens—it’s all such a big universe, but it’s all oneness that you feel when you watch all this unveil,” he said.

Mrs. Michelson said attending the show “was a lovely way to spend a Sunday afternoon,” adding that what impressed her most was the wide array of colours.

“The colours were amazing. And I think what I appreciate is getting a touch of Chinese history that I’m not aware of; you’re just re-educated. It was beautiful, it was wonderful,” she said.

The couple hails from Moose Jaw, which has a history of Chinese settlers—most of whom worked to build the Canadian Pacific Railroad—going back 150 years. The Chinese have integrated into the community over time and made great contributions, Mr. Michelson said.

“But their whole history, even that little bit of history in the last 100, 120 years, or 150 years, is quite intriguing when you think of their culture going back 5,000 years or more. There’s so much to be known about it, it’s fascinating.”

The show also includes two pieces from modern-day China where spiritual belief is persecuted, one of which shows the father of a young girl being persecuted for his practice of Falun Dafa, a traditional spiritual discipline outlawed by the Chinese regime in 1999.

“There were absolutely no vocals, yet you knew exactly what was going on all the time.”

The show also features vocal soloists and a live symphony orchestra that blends traditional Chinese and Western instruments. Mr. Michelson said the caliber of the artists was “remarkable.”

“With all the choreography, everything’s in rhythm, and the bright colours—it just makes it so magnificent, so filling, so powerful. I was really quite moved. It was very good.”

‘A complete edifying experience of the human spirit’