Yungchia Chen’s long list of awards, honors, and accolades during his 27-year career, and the way he speaks and moves with quiet grace suggest a dancer who has been training for a lifetime.

Just a few years ago, Chen thought his dancing career was over. A torn tendon in his Achilles’ heel area from a 2004 performance made him feel his age as a performer.

But when Chen was invited to a dance competition in New York, he had one last chance to return to center stage—and he took it.

In 2005, while teaching dance at Taiwan Arts University, Chen was spotted by Tia Zhang, a graduate of the Beijing Academy of Dance and a choreographer with Shen Yun Performing Arts. Zhang eventually convinced him to compete in the 2007 New Tang Dynasty Television Dance Competition in New York City. He won first place.

“I was surprised during the competition that I could still dance—I could still participate and get an award,” recalls Chen. “I had already pretty much decided that I wasn’t going to dance anymore.” Now an instructor at the Fei Tian Academy of the Arts, Chen is a choreographer and principal dancer with Shen Yun Performing Arts. He sees his life’s work as a way to preserve classical Chinese culture for generations to come.

Chen's career as a dancer began in China as a child. He was fascinated with dance, but what he saw lacked the inner meaning he longed to express.

"When I was a little boy during the Cultural Revolution, there was nothing to watch but propaganda from the Chinese Communist Party," says Chen.

At age 11, Chen joined Guizhou College’s Dance Department, and by age 16, in 1984, he became a member of the Guizhou Dance Troupe. 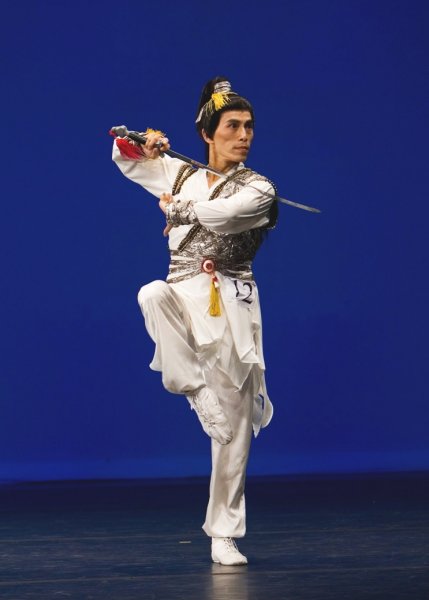 In 1995 he married a Taiwanese woman and moved to Taiwan, where he continued his dance career. Now 38, he is passing on the tradition to his family—both of his sons are learning Chinese dance. Chen's passion for his craft has led to a storied career as a dancer and a long list of illustrious awards, including the "Gardener Award" for passing on the essence of classical Chinese dance to future generations in 2008, and Taiwan’s Formosa Award in 2004. That year, he was given the "Flying Phoenix Dancer" lifetime achievement award.

Chen’s life took another unexpected turn after moving his family to the United States in 2008. He started practicing Falun Dafa, or Falun Gong, a meditation practice that is persecuted in his homeland of mainland China.

In one year of practicing Falun Gong, more than the hue of Chen’s once sallow-looking complexion has changed.

“Before, even if I didn’t go and argue with a person, I would be unhappy in my heart,” says Chen.

“Like why does this person get more than I have? I felt a little envious, a little unhappy. Now, I’ve learned to let go.”

As a dancer, being on stage requires absolute focus to avoid making mistakes. One way he focuses is to put all of his attention into the role that he is playing, to become that person.

The sacrifices he makes are enormous, but in his eyes, so are the benefits. “Dance is training, is learning; it really has to do with suffering, enduring hardship,” says Chen. “In this process, in this suffering, you have to find joy.”

The performances are so detailed and rich with color, intricate choreography, and inner meaning that they take him and audience members back to the roots of traditional Chinese culture.

Despite his achievements, Chen does not see his dancing career cooling down anytime soon. He says that in the next 5-10 years, he'd like to train students and promote Chinese dance internationally.

Shen Yun to Launch its 2011 Season